September 6, 2019|Stacy Pollack|Comments Off on Hakuna Matata??? I Wish!

I’m going to let you in on a little-known fact: I don’t transition well. I was at a preschool parent-teacher conference the first time I heard that phrase. The teacher wasn’t referring to me… she was referring to a much smaller, far cuter, male version of me… but I internalized her words nonetheless. As she explained how my son had a hard time moving on from the things he loved, I thought to myself, “Who doesn’t?” Apparently lots of people. I’m just not one of them.

If you would like to see this character trait at its finest/worst, come find me in the first couple of weeks after camp. I am not right. Aside from having to be reintroduced to the grocery store, laundry baskets overflowing with laundry that’s not mine, and a wardrobe without a Bauercrest logo, I am not particularly pleasant to be around. In fact, I was informed by my husband 24 hours after my long-awaited return that I might want to find a nice halfway house to visit before I make my way back to my (whole?) house next summer. At first I was insulted. Now I’m thinking that a halfway house doesn’t sound half bad.

This was my fourth summer as Camp Mom. I know that in Bauercrest time, that’s a blip on the radar. And yet, the kids who were in Bunk 1 my first year just started middle school. And the kids who were Seniors… something my son will be next summer because despite my best efforts, I can’t make time stand still… were this year’s CITs. It blows my mind. It makes me dizzy. I don’t like fast rides. No wonder I’m spinning.

I’ve always had a difficult time with endings, and the end of camp this year was no different. Actually, that’s a lie. This year was totally different. This year, the end was so much worse… because the rest of it was so good. If I could’ve hand-picked a group of campers to wreak the best kind of havoc on the Hillside this summer, it would’ve been the group we had. And if I could’ve closed my eyes and wished for the most incredible role models for our boys, I would’ve been staring directly at our staff when I opened them up again. It was that good.

During the last week of camp, we went to see “The Lion King” at the movie theater down the street. I loved everything about it… including the discussion I may or may not have facilitated with the Freshmen about where the producers could possibly have tracked down all those talking animals. As I watched a stunning new version of the classic scene where Simba starts out as an adorable little cub and Hakuna Matatas his way into adulthood by the end of the song, I realized that that’s exactly how I see camp. And the boys/men in it. 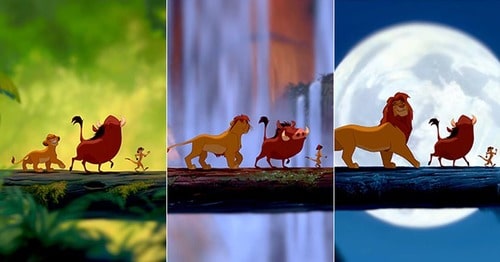 I am a grown-up, so I know this is all part of the (OMG, will she go there again? Yup, there she goes…) circle of life. But your kids… especially the little ones… might not be able to make sense of it quite yet. When they come home from camp, they might be sad. They might be crabby. They might go from saying they want to go all summer next year to saying they don’t want to go at all. Do not let this fill you with matatas. We see it every year. If your son is going back and forth, leave it alone. Don’t try to get to the bottom of it, because *SPOILER ALERT*: There is no bottom. If you’re feeling the pressure of the Early Enrollment deadline, talk to us. And be patient with your newly returned cubs. Because no matter who you are or how well you transition, it’s hard to move on from the things… and people… you love. 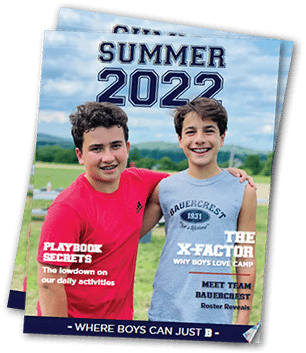